Downtown Haifa is located two minutes from Haifa Port, and was built in the mid 18th century. Over the years, this coastal strip has developed into a harbor, with the city becoming a thriving commerce center. The modern sea port, which was launched in 1933, has become an entrance gate for numerous Jewish immigrants, and also a perfect base for international corporations. The downtown area has begun to fade due to Israel’s establishment, commercial and residential areas moving further into the city.

Today, downtown Haifa is home to about 3,000 residents, the majority being artists or students. There are various kinds of bars and restaurants intended to encourage interaction among a diverse group, and they work to bring out Haifa’s unique flavour. Downtown Haifa has also worked to reiterate the importance of artist galleries, the fashion scene, and jewellery boutiques. 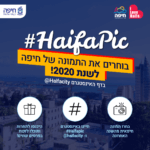 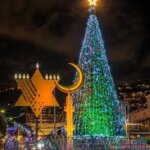